Knights of the Dinner Table

The Gazebo - In our podcast episode "When to Say Yes to Your Players" we talk about what happens if your players misunderstand a statement you made. We referenced the classic Knights of the Dinner Table classic from issue #1.

1,000,000 Sq Ft of Forest Maps - The artist is offering them free in January 2021 (not sure when they will switch behind his paywall. He has a lot of other maps there including 1,000,000 Sq Ft of Dungeon. This service is a competitor for Patreon FYI.

Dungeon Generators, NPC Generators, and much much more - Don Jon's page has a lot of great resources for AD&D, D&D 3.5 / 4.0 / 5.0, Pathfinder and more. If you need a dungeon with monsters and traps 5 minutes before your game session click the link.

Dungeon Script - Create your own custom dungeon in no time. This is a great tool if you have something specific in mind. Free web based tool that lets you create a cave, castle, tavern, spaceship layout for use in your RPG's. The tool is very versatile and can be easy to learn and has a ton of features that can grow with you.

Tell Your Story - Our free methodology for learning to connect your game sessions to your game campaign using the analogy of a play. Find the power of being able to use acts to tell engaging stories and have your scenes tell a cohesive story.

Just Enough Planning - Our paid course ($39) that has about 3 hours of video and several workbooks that will help you plan your game campaign (play) and connect it to your game sessions (scenes) so that you can take the lessons learned in Tell Your Story and build out your next adventure. Never forget about foreshadowing a big twist or reveal. As a bonus we will give you hundreds of curated names for humans, elves, dwarves, orcs as well as other cool things like generating your own place names with the knowledge of how to shorten them to show the passage of time. Click the link to learn more.

Here is the rules for the Elevator Game that we used to spin off several different game ideas that looked nothing like using an elevator. Click here for that.

Hyrda in the 6 stories books is where I first heard about the elevator game / black eyed children. Click here for that.

Here is the image I used for the background of my dossier's in Shadowrun. The grey box is for a picture. Then I put the name of the person at the top and bio info to the right of the image. Click here for that.

Free to play board games

Here is where our gaming group has been going when we have to play remotely. https://boardgamearena.com

Here is the Trilogy of games on Steam

Vampire: The Masquerade / World of Darkness

Pick up any of the versions of Vampire: The Masquerade from Drive Thru RPG

Pick up Night Black Agents from Drive Thru RPG

Here is where you can get 10 Candles.

Here are the rules for Everybody is John.

This ghoul-like demon has blue-black skin covered in bulging red veins that glow like embers. A long, lascivious tongue snakes forth from a mouth filled with jagged teeth.

Cursed by the Gods. Originating in eastern lands, pishacha are created when the souls of the greedy and lustful are deemed too wicked to be reincarnated by the gods. Unable to redeem themselves, the pishacha are cursed to remain on the Material Plane and feed on the living.

Graveyard Dwellers. Pishacha demons haunt remote places where they can lure a living creature to its doom. They often share space with ghouls, and some pishacha can be found dwelling near darakhul settlements. Those living near a pishacha lair make offerings of rice at the crossroads on holy days to appease the demons and keep them away.

Bloodthirsty and Cruel. Pishacha seek to spread fear and mayhem among the living. They seek to possess humanoid bodies, driving their victims insane from the inside out.

Here's a little roleplaying game that I've been toying with. I call it the Lexicon rpg, in honor of its inspiration, Milorad Pavic's Dictionary of the Khazars.

The basic idea is that each player takes on the role of a scholar, from before scholarly pursuits became professionalized (or possibly after they ceased to be). You are cranky, opinionated, prejudiced and eccentric. You are also collaborating with a number of your peers -- the other players -- on the construction of an encyclopedia describing some historical period (possibly of a fantastic world).

The game is played in 26 turns, one for each letter of the alphabet.

1. On the first turn, each player writes an entry for the letter 'A'. You come up with the name of the entry, and you write 100-200 words on the subject. At the end of the article, you sign your name, and make two citations to other entries in the encyclopedia. These citations will be phantoms -- their names exist, but their content will get filled in only on the appropriate turn. No letter can have more entries than the number of players, either, so all citations made on the first turn have to start with non-A letters.

2. On the second and subsequent turns, you continue to write entries for B, C, D and so on. However, you need to make three citations. One must be a reference to an already-written entry, and two must be to unwritten entries. (On the 25th and 26th turns, you only need to cite one and zero phantom entries, respectively, because there won't be enough phantom entries, otherwise.)

It's an academic sin to cite yourself, you can never cite an entry you've written. (OOC, this forces the players to intertwingle their entries, so that everybody depends on everyone else's facts.) Incidentally, once you run out of empty slots, obviously you can only cite the phantom slots.

3. Despite the fact that your peers are self-important, narrow-minded dunderheads, they are honest scholars. No matter how strained their interpretations are, their facts are accurate as historical research can make them. So if you cite an entry, you have to treat its factual content as true! (Though you can argue vociferously with the interpretation and introduce new facts that shade the interpretation.)

4. This little game will probably play best on a wiki, and it should take a month or so to play to completion. At the end of it, you'll have a highly-hyperlinked document that details a nice little piece of collaborative world-building.

The owner of the wiki should set the general subject of the Lexicon. I suggest that he or she make use of the technique of "open reference" when describing the historical period: "You are all revisionist scholars from the Paleotechnic Era arguing about how the Void Ghost Rebellion led to the overthrow of the cyber-gnostic theocracy and the establishment of the Third Republic." What a cyber-gnostic theocracy is, or what happened to the first two republics, or what the Paleotechnic Era is are all unknown -- they are named to specifically to evoke a mood and inspire the other players' creativity. (This is an idea which I've first seen in fully articulated form in the character creation rules for Robin Laws's Hero Wars game.) 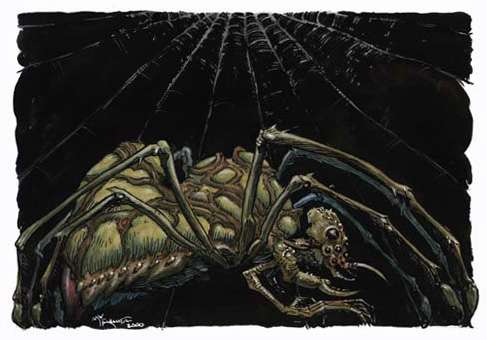 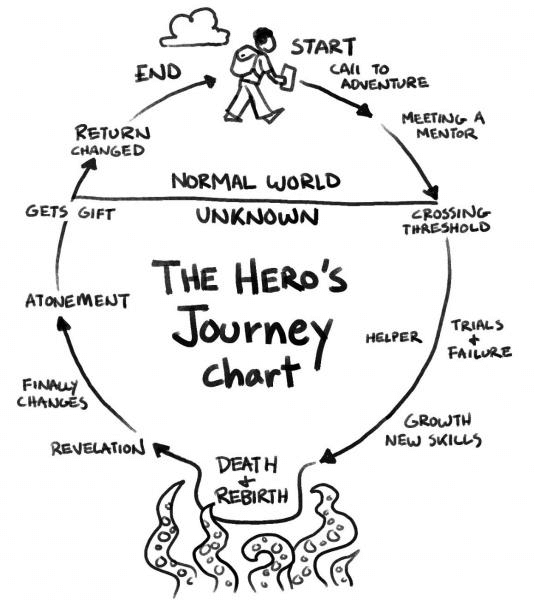 Can't quite execute your vision as a game master?

I could easily come up with a world and create an idea to play, but I could never quite execute my vision. You see I realized that there is a huge step missing between the campaign setting and the individual game sessions. They didn't have the feel that I wanted. I could never make them into a complete story, until I switched over to the Play / Act / Scene Model of being a storyteller. Check it out below.

Yes! Take me to the free course